What to Do If Mac Apps Bounce But Won’t Open

Being more stable and secure, Mac computers have become the leading choice of so many people today. This device makes it simpler for users to find what they require, stay organized, and perform necessary tasks.

Despite offering several benefits, such as integration of other iOS devices, Mac sometimes encounters certain problems. Some users stated that Mac apps bounce but won’t open. Keep on reading to find out what to do in this case.

Why Is the Mac App Not Opening?

So, you have downloaded an app and installed it successfully but can’t open it as your Mac refuses its launch. There could be multiple reasons for this. There might be a possibility that a file becomes corrupted due to a system crash.

The app may be outdated or conflict with another app. Damaged app permissions could also be the culprit. If the app you’re trying to access is not opening, you can use the following tips to fix the issue.

One of the easiest ways to fix the issue of Mac apps bouncing but won’t open is to simply restart your Mac computer. Restarting digital devices regularly is often recommended. There are multiple ways to restart a MacBook.

Click the Apple icon displayed in the top corner of the screen. Click Restart in the dropdown menu. Alternatively, tap the control key and eject the button on your keyboard. Then, simply restart the computer.

If restarting the Mac computer does not fix the issue, you can try updating the applications you want to open and use on a MacBook. Figure out that you are using the most recently launched version of the required app.

If not, then you must update it immediately using the Mac App Store. Select the Apple menu on your Mac and check if there is any update available. On the App Store’s right corner, you’ll find the number of updates.

In case you are receiving an error that says “needs to be updated”, you need to update 32-bit software. At the end of 2019, macOS Catalina ditched 32-bit apps support to go 64-bit. It requires an all-around highly capable operating system.

For this, the right way is to create a virtual machine running macOS Mojave or previous versions. To fix this error, download the 64-bit version of the required app.

Do you receive an error message “The application (app name) can’t be opened”? To solve this problem, use a simple console command. Open Finder and tap Applications. Find the app’s name by scrolling down to the app. Append ‘.app’ to the end of the app name.

Open Terminal by finding it in Spotlight search or go to Applications and then Utilities. Type the command – chmod +x /Applications/[app name]/Contents/MacOS/* and press Enter.

Sometimes, third-party security apps such as Malwarebytes for Mac scan files and apps for viruses. If it doesn’t prefer any app, it prevents users from opening that app. At that time, you’ve to temporarily disable the antivirus.

Sometimes unsigned applications bring the vast majority of security risks. An unsigned software or app signifies that the developer has not registered with Apple. Registering with Apple requires an annual fee.

Hobbyists or programmers working as volunteers might not pay when they’re not able to earn more from a small project. Remove any unauthorized files that are not approved by Apple.

Plist files can be dangerous for your Mac as it corrupts when it shuts down or restarts unexpectedly. Delete the app preference file using a Mac app installer such as AppDelete. You can also remove that manually.

To find and delete preference files, access Finder, Library, and Preferences. Search for the list using ‘com.developer_name.app_name.list and remove the plist file. 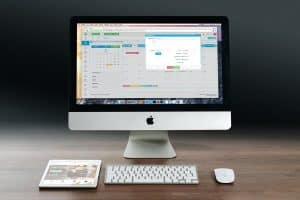 Another thing you can try while using OS X Yosemite or previous versions is to repair app permissions. Whenever an app would not launch, use Disk Utility to repair permissions. It will help in ensuring that the app and other related files would have the appropriate permissions essential to run the app.

The Mac computer keeps a complete database of the default permissions for most apps installed.

So, you open a Mac app as you usually launch, but this time it would not start up. Do you get frustrated because it is not completing the launching process even after force quitting the app? Remove your stress and try fixing the issue using the methods given above. All of these ways prove effective in solving the problem when the Mac computer suddenly cannot open any application.